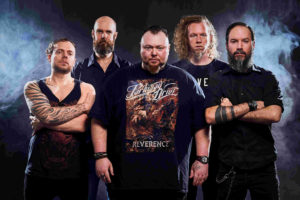 Founded in 2009 by the devoted musicians Chris, Gerrit, Henna,
Niklas and Max SCARNIVAL released their acclaimed self titled
debut in 2012. The band’s modern Melodic Death Metal, in the
beginning clearly rooted in the style of the swedish top dogs of the
scene like At the Gates, In Flames and Soilwork didn’t fail to excite
both the press and the crowd at numerous live concerts in Europe.
With the release of their debut album „The Art of Suffering“
SCARNIVAL established their very own blend of these traditional
elements with a modern „in your face riffing“ that created hits like
the albums title track „The Art of Suffering“ or „Watch me“ – a
collaboration with Soilwork’s very own Björn „Speed“ Strid.
Following the release of their debut album „The Art of Suffering“ in
2015 SCARNIVAL shared the stage with Arch Enemy, Annihilator,
Ektomorf, Debauchery, Rage, Tankard, Cripper, Vader and many
more of the band’s heroes.
With their sophomore album in work and their new singer Alex
waiting in the wings SCARNIVAL is about to go for new horizons in
2021/2022 again.

She said, he said, bullshit! 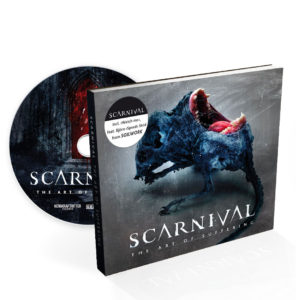